Practising psychology out of my office in the affluent city of Beverly Hills, you may imagine that I see many children that have been spoiled. While that is true, I have discovered that money had very little to do with it.

I have seen families with ex-traditional amounts of money that have unspoiled children and families with money problems who are difficult and entitled. One thing that unifies all of these parents, however, is that none of them set out to create a monster who believes that his or her every desire should be met, and in a timely fashion.

The majority of these well-meaning parents just want their children to have the advantages that they never had and save them from pain. While that is a noble cause, the disappointment, frustration and pain, from delaying gratification is part of one’s lessons which help to build character and moral and ethical values along with qualities like patience, determination and adaptability.

Children who are spared the ordinary difficulties of day-to-day life end up with emotional disadvantages. In fact, spoiling your child is more dangerous for their well being than you might imagine.

According to a nationwide study of over one thousand families, girls who describe themselves as very spoiled are three times as likely to have driven drunk and twice as likely to have had smoked marijuana. They are also at high risk of poor grades, bulimia, smoking and cheating on tests and skipping school.

According to that same study, boys who considered themselves spoiled were found to be at a higher risk of behavioural problems like lying, cheating, anxiety, depression, skipping school, underachieving academically, musing creatine or steroids and drink driving. In order to raise children with self-worth is not based on the brand of jeans they wear, here are eight important things every parent should understand in order to raise down to earth children.

1. You Cannot Spoil A Child With Too Much Love:

Giving your child attention, love and affection do not create a bratty child, Giving your every child every material object they desire does.

2. Tending To A Baby’s Needs Creates Secure Attachment, Not A Brat:

In my own practice, I frequently get calls from new mothers who have been told by some well-meaning relative or childcare provider that they shouldn’t pick up their crying infant because it will spoil him or her. That is simply not true.

Studies have shown that babies who are responded to more quickly and held more often tend to cry less and the parents are faster at reading their baby’s cues. This results in more securely attached babies,

3. Give Your Child Rules And Boundaries To Live By:

Giving your child rules shows them you care about their well being and safety. Imagine living in a world where there were no laws; it would be chaotic and scary.

Children need boundaries to feel safe. Without rules to live by and the ability to follow the “laws” of the family, children grow up to be disrespectful and believe it is permissible to behave however they choose.

When children know the consequences of their actions, they make better behaviour decisions. Many parents want to be their child’s friend and as a result, have a hard time following through on punishments they set.

To be consistent with consequences is a very important lesson to teach your child. Without that, children have no reason to be respectful towards you, much less be law-abiding citizens when they are older.

5. Give Your Child Something To Work Towards:

The children that I have seen who have been given everything they want, never learn the value of a dollar, grow up to have a poor work ethic and are often depressed. These children feel there is no reason to have goals or even work because they can always ask mum or dad to give them what they want.

This is the hardest parenting skill to learn. We all want to spare our children pain and give them the best that life has to offer but pain teaches kids about life.

While undue suffering is not the goal, emotional pain teaches empathy and should not be avoided. Trying to protect all children from pain usually backfires and the children become avoidant and are poorly equipped to handle life’s challenges.

7. Help Your Child To Find Meaning And Focus:

Studies have shown that people who do volunteer work, it increases self-esteem and a sense of self-efficacy. Helping others can empower your children by showing them that they can make a difference in the world, while at the same time showing them that not everyone lives like they do or have all of the advantages that they have.

In addition, children can benefit from finding activities that they enjoy and in which they can excel. When children participate in an activity they love, they get into a psychological state called flow.

This is a state of mind when we are devoid of self-consciousness when we are unaware of time passing, energy flows, effortlessly, and we are at peace with what we are doing. Children who experience this are likely to continue to seek it out in other healthy places throughout their lives.

Psychologist and author Dan Kildon found that eating dinner together was like a vaccination against behavioural problems with children. According to Kildon, children who eat dinner with their families at least a few times per week tend to be less depressed, be less permissive about sex, are less likely to use drugs, and are more likely to achieve well academically. 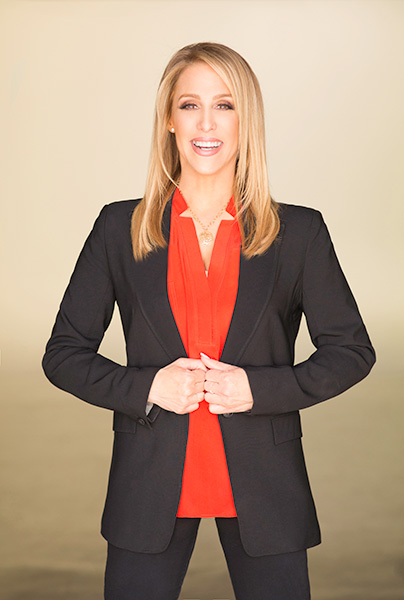 Register for our event

Be the first to register